At 1:29am on the first day of September, California’s legislative session came to an acrimonious close. Partisan quarrels and technology glitches filled the last hours of what was without a doubt one of the most challenging legislative sessions. 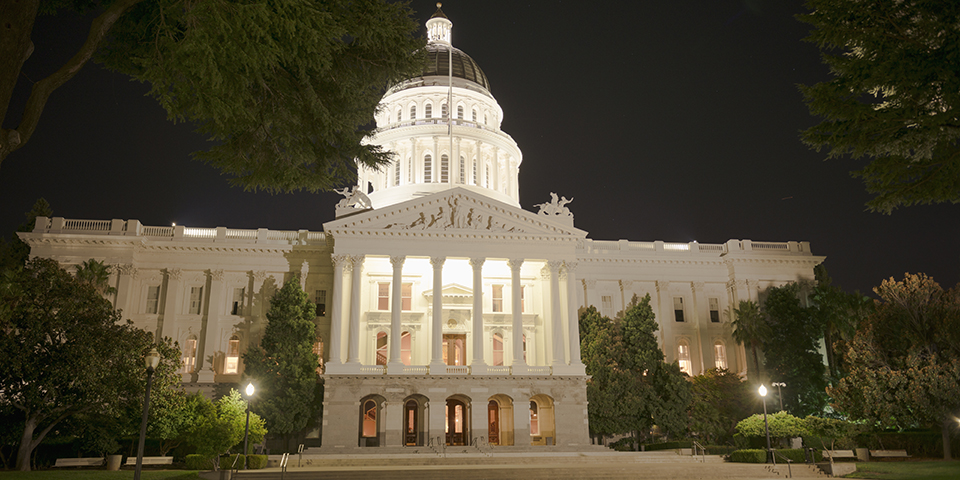 Despite the urgent need to address the public health, social justice, economic, and climate catastrophes facing California, state legislators significantly narrowed their focus to legislation that responded to the pandemic and California’s economic recovery, ultimately advancing fewer bills through the legislative process. Even with precautions, several members of the state capitol tested positive for the coronavirus, leading to weeks-long delays. In the final days of session, a Republican Senator tested positive, leading to all but one Senate Republican entering self-quarantine and casting their votes remotely.

In every way, it was a year like no other. At the start of the year, Governor Newsom proposed his Fiscal Year 20-21 that included a bright financial future for California, and we rejoiced that it included $65.1 million for a ‘Parks for All’ initiative. By Spring, the Governor and State Legislators were grappling with a $54.3 billion deficit.

But for all its challenges, there were some big wins for California’s state parks this legislative session.

Through California’s state budget process, funding for equitable outdoor experiences was prioritized, proposals to cut General Funds didn’t advance, and Proposition 68 funding, as well as millions of dollars to backfill revenue loss were allocated to help keep parks whole. For a more detailed breakdown about our budget wins, read our blog.

Another hard-won victory was the passage of Assembly Bill (AB) 1426, California State Park Foundation’s sponsored legislation to establish permanent protections against road development at San Onofre State Beach. After nearly 20 years of grassroots organizing and legal battles to protect this beloved state beach, AB 1426 passed with overwhelming support out of the legislature and now awaits the Governor’s signature to become law. If you haven’t already, help us get this bill over the finish line – ask Governor Newsom to save San Onofre forever.

These victories were in no small part because of incredible park advocates across the state. Throughout the legislative session, thousands of California State Parks Foundation members mobilized in support of parks. At the same time, the COVID-19 pandemic made clear what we as a parks community have always known – that our state parks are essential for public health and for Californian's way of life.

While we saw wins for parks, there was some other important legislation that was not successful. Assembly Bill (AB) 3030 that would have protected 30% of state land’s areas and water by 2030 didn’t move forward. Two identical bills, Assembly Bill (AB) 1080 and Senate Bill (SB) 54, that would have called for 75% reduction in single-use plastic packaging also failed to advance. Senate Bill (SB) 1296 that would have created workforce training and career paths in the natural resources field was also not successful.

Another twist in this year’s session was that Governor Newsom and legislators did not end up taking up an “August Revise” budget as was predicted in June when the Governor signed the State Budget. This was primarily because the revenue collected by the state was higher than expected, but there remains a sense of caution around California’s financial outlook.

As legislators head home, their work remains unfinished. The historic wildfires that continue to burn throughout our state are a visceral example of the urgent threat posed by climate change. Recovering from and preparing against the kind of devastating damage witnessed at Big Basin Redwoods State Park, Julia Pfeiffer Burns State Park, and Armstrong Redwoods State Natural Reserve, will require significant investment and a comprehensive approach.

The 1.6 million acres that comprise our state park system contains 320 miles of protected coastline, 150,000 acres of redwood forests, and rare habitats such as coastal prairie, and valley oak woodlands. Together, these natural lands provide critical protection for plant and animal species, and sequester huge amounts of greenhouse gases.

While these efforts ultimately failed to advance, state parks were consistently represented in these packages. What’s more, as these efforts were debated, legislators from both parties stated unequivocally that they supported funding for state parks to address pressing issues such as sea level rise and wildfires.

In a year with so many pressing challenges, such strong support for our state parks shows we are on the right track. There is no denying that the momentum for parks is real. And if we continue to show up and make our voices heard, we can build a brighter future for our beloved state parks.