2020 has been an extraordinary year, so it is no surprise that this year’s state budget process has been anything but ordinary. In June, the State Legislature passed two state budgets: one that was largely considered a “placeholder” budget and the second in the last week of June from a negotiated agreement between legislative leaders and Governor Gavin Newsom. 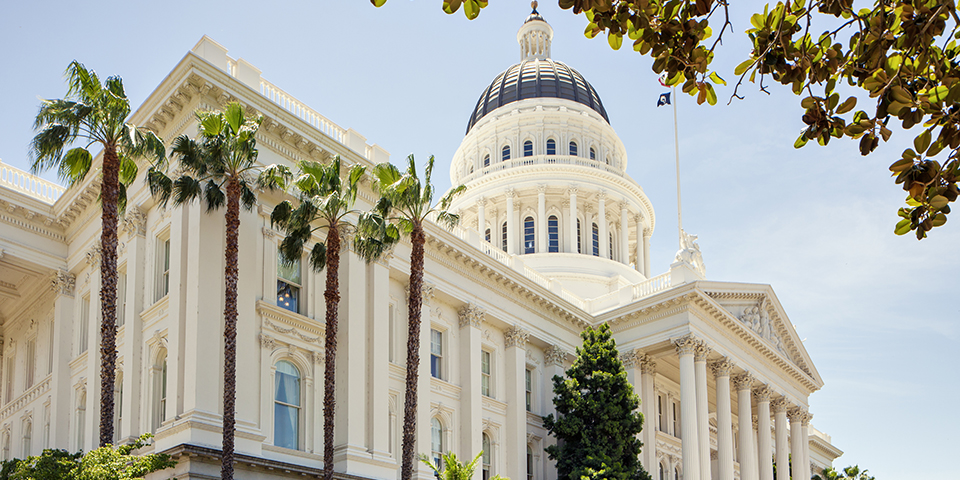 The $202.1 billion deal reached by legislators and signed on June 29 by the Governor modified the previously passed budget that included significant cuts for parks and reverses many of them. The signed budget includes funding for critical investments in infrastructure, support for state park operations, programs to expand park access, and additional funding to backfill revenue loss sustained because of COVID-19.

The budget also closes the $54.3 billion deficit by reducing state salaries, funding for low- and middle-income housing programs, public colleges and universities, and through deferrals and accounting maneuvers. If additional federal financial support for COVID-19 recovery is received, some of these cuts are expected to be rescinded.

So, what does this all mean for our parks?

Your voices were heard!

From all of us at California State Parks Foundation, thank you to the thousands of park supporters who used their voices for parks! While the passed state budget doesn’t solve every park funding issue, we were able to stave off some of the most harmful cuts to parks at a time when Californians need their parks the most.

Read our full statement on critical funding for state parks in our Press Statement.

What we fought for:

California’s state parks are the crown jewels of the state and must be preserved and protected for future generations. Our state parks require adequate funding and support to serve Californians and preserve our history, culture, and natural wonders. Marking on-going $30 million in General Fund cuts to next year’s state parks budget would have a crippling effect especially when coupled with massive revenue loss and a jeopardized park partner community.

OUR POSITION: We opposed the proposed on-going “trigger” cuts to General Funds to ensure the system is adequately sustained through turbulent economic times.

OUR POSITION: We further supported rejecting a blanket 5% reduction across all expenditures.

STATUS: Unfortunately all state agencies and departments will be required to reduce their expenditures by the 5%.

We believe all Californians should have access to the positive impact parks have on health, happiness, and quality of life. Funding outdoor equity grants would provide resources for community access opportunities, directly benefiting those families most impacted by COVID-19 and whose lack of access to parks were severely limited by the current crisis.

OUR POSITION: We advocated for secure park access for underserved at-risk communities by restoring funding for AB 209 (Limón) for outdoor equity grants.

3. Doubling down on Proposition 68 investments.

Now is the time to leverage available Proposition 68 bond dollars as well as any additional funds from bonds to address the long-term needs of the state park system and help support positive visitor experiences in parks. Allocating this funding as soon as possible will allow existing grant programs to stimulate economic activity, while improving parks and natural resources.

OUR POSITION: We supported $4.875 million Proposition 68 for special repair and deferred maintenance projects in park units managed by non-profit organizations that have entered into operating agreements with the California Department of Parks and Recreation.

OUR POSITION: We supported $44 million from Proposition 68 for deferred maintenance projects.

OUR POSITION: We supported $8.915 million for Proposition 68 program delivery and projects.

State parks have experienced major revenue loss due to limitation of visitors and parking lot closures. This has resulted in inability to collect concession sales, campaign reservation fees, day use fees, and special event fees during the pandemic.

OUR POSITION: To make parks whole, we supported the backfill of $150 million General Fund to backfill the State Parks and Recreation Fund (SRPF) because of reduced fee and concession revenues into SPRF as a result of park closures implemented in response to the COVID-19 pandemic.

5. Eliminating fees for those Californians who receive public benefits.

Any Californian who rightfully has a Golden State Advantage card should have any fees for day use park entry waived. This is California’s EBT card for those who qualify and receive the CalFresh food benefit. Any fees associated with park access are a deterrent to financially challenged Californians, creating greater limitation for experiencing parks.

OUR POSITION: To combat these unjust disparities and achieve equitable access to the health benefits of parks, we supported eliminating financial barriers to state park access by immediately accepting the Golden State Advantage card in lieu of entrance fees to state parks.

STATUS: Included in the budget signed June 29. The budget language specifically calls to “Eliminate Cost as Barriers for Low-Income Individuals—To increase participation in a program that provides free day-use entry, the Department will partner with state and county social and public health programs to increase use of the low-income pass program.”

The Every Kid Outdoors national program grants every fourth grader a park pass that provides them and their family free access to national parks for one year. Establishing a similar program in California would expand fourth grade students’ access to the many benefits of California’s incredible state park system. We also know from our research with UCLA that 1 million children who live within a walkable, drivable, or bikeable distance to a state park (known as the “visitorshed”) lack access to the health benefits our state parks afford. We know Californians need access to the outdoors now more than ever, especially among communities where economic and financial challenges are greater deterrents to park visitation and where residents would otherwise not visit the state park due to fee collection.

OUR POSITION: We supported eliminating financial barriers to state park access by immediately accepting the National Every Kid Outdoors pass at state parks to ensure families can experience the health and wellness benefits of being outdoors.

STATUS: Not adopted. We remain committed to ensuring all Californians have the opportunity to experience the outdoors and parklands. Learn more our Pathways to Parks initiative to break down barriers for Californians access to the outdoors.

OUR POSITION: We supported $572,000 from Proposition 68 for the Colonel Allensworth State Historic Park Visitor Center.

The impacts of the COVID-19 crisis have been felt by every individual, family, community, business, and industry. California’s parklands are no exception. Throughout the crisis, Californians have made their need for park access heard loud and clear– the fact is, the need for parks has never been greater and support for them has never been clearer.

Our success in ensuring critical funding for parks within the state budget is proof that together, we are meeting this moment for Californians and their beloved parks. But the work continues. Revenue for the state of California is still unknown because of the tax filing deadline extension. We expect state legislators in August to revise the state budget and the park funding we have fought so hard for could be reduced or eliminated.

As a community of park supporters, we remain vigilant for parks. We hope you will continue to join us in support of California’s state park system for the benefit of all