On Friday, September 17, a group of park lovers, supporters, and state parks staff came together to celebrate the completion of Phase 2A of the Yosemite Slough Wetlands Restoration Project at Candlestick Point State Recreation Area.

The construction was completed by local contractor Minerva Construction at an estimated $5.2 million and completed over a 12-month period. New park improvements include the creation of a park entrance gate with Park signage, a main parking lot with staging area, and an ADA pedestrian/bicyclist connection to the San Francisco Bay Trail. Installation of underground utilities under Griffith Street to bring potable water, fire protection, sanitary sewer, electricity, telecommunications, and outdoor lighting are also featured. 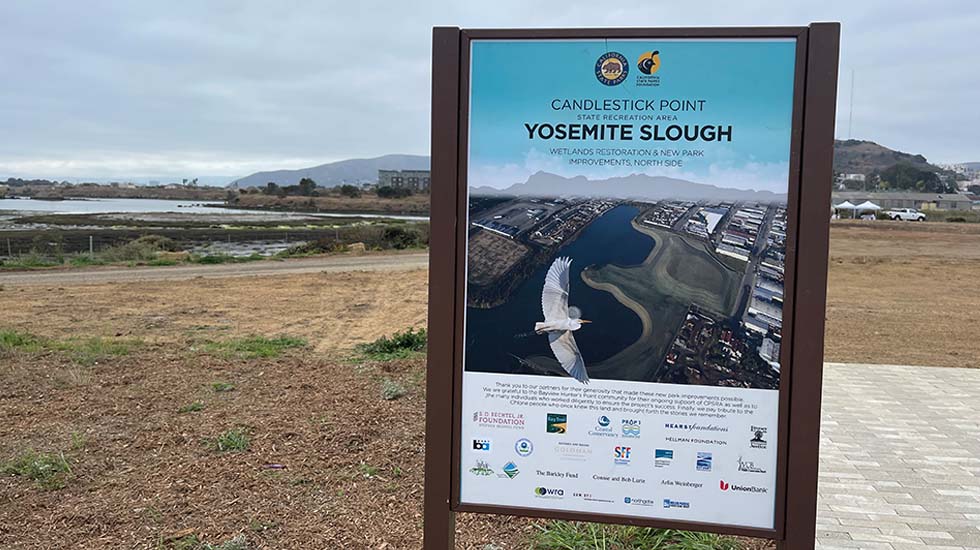 State Parks Director Armando Quintero opened the program by acknowledging the Ramaytush Ohlone people who have long called the lands making up modern-day San Francisco their home. In his remarks, he invoked the Ohlone tradition of stewardship as an inspiration for the current project. 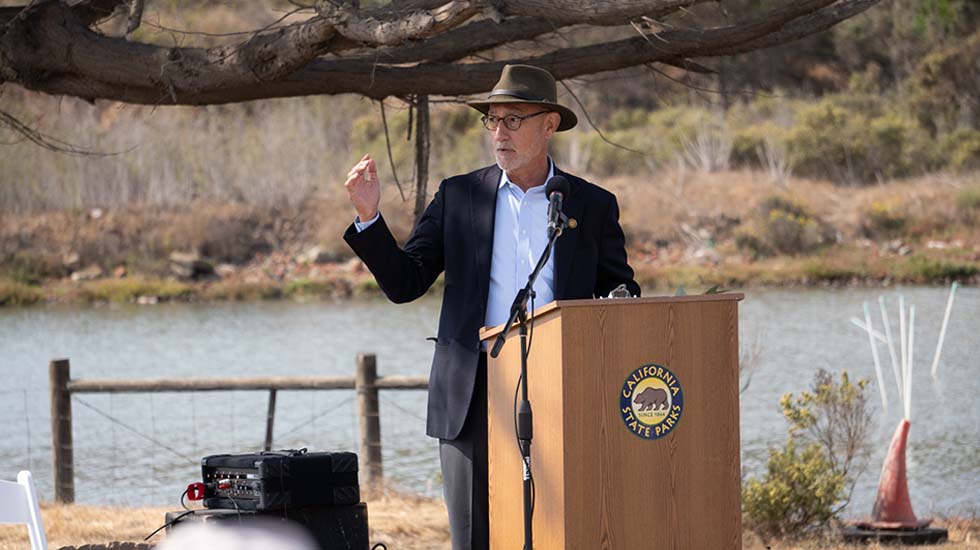 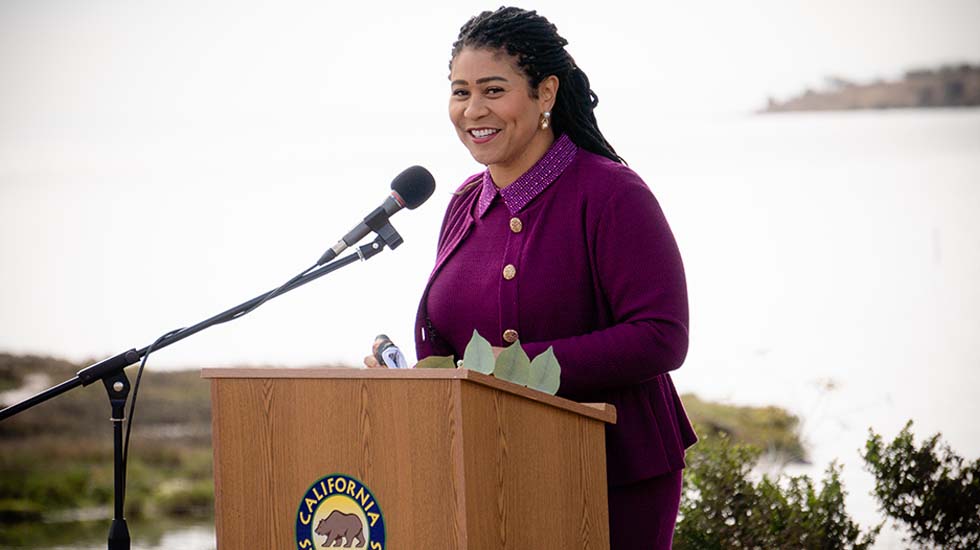 For decades, Yosemite Slough was used as a dumping ground – it has taken 20 years of hard work and community support, but today the park is again a haven for birds and wildlife, and designed to better adapt to the coming rise in sea levels.

Claude Everhart, a longtime community leader and former Deputy Mayor in the Agnos administration, was involved from the beginning in the effort to create a park from the dumping ground. He described how local residents have long borne more than their share of environmental and economic burdens and how they fought for this place, with its unique ecology and wildlife, as well as its Native American, industrial, cultural, and environmental justice history. Recommendations for park design and long-term use were solicited from community members, and later a committee made up educators, park professionals, environmental organizations, and community leaders was formed to help draft ideas for new educational programming at the park. 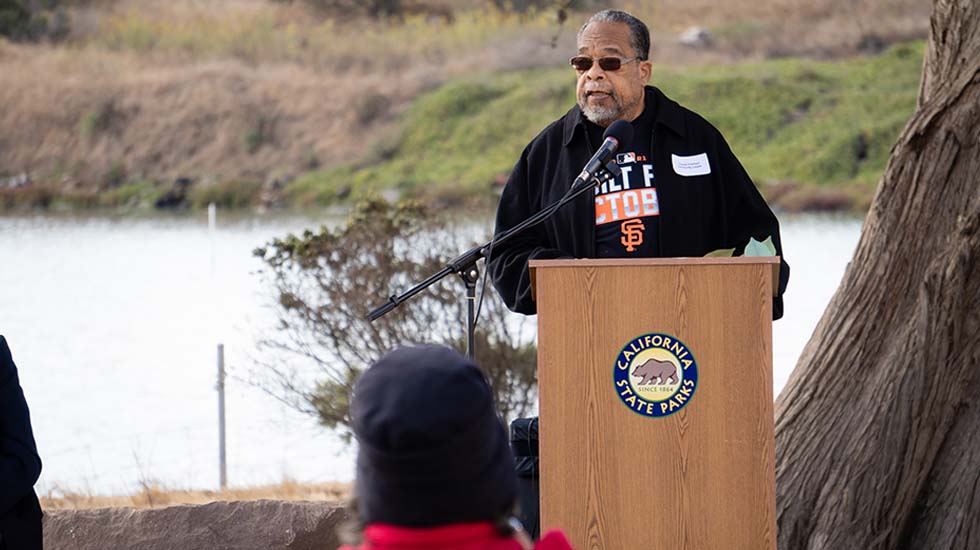 Today, we can see glimmers of this long-imagined reality – an additional link in the Bay Trail, a bird island, native plantings, a grand entryway, prepared ground ready for an interpretive center, a picnic area, and other amenities. The work is not done, but Bay Area District Superintendent Maria Mowrey noted that the partnerships are stronger than ever. State Park and Recreation Commissioner Phil Ginsburg (also the General Manager of San Francisco’s Recreation and Park Department) invoked a vision of the future where Yosemite Slough is a seamless link in the Bay Trail along San Francisco’s eastern shore. 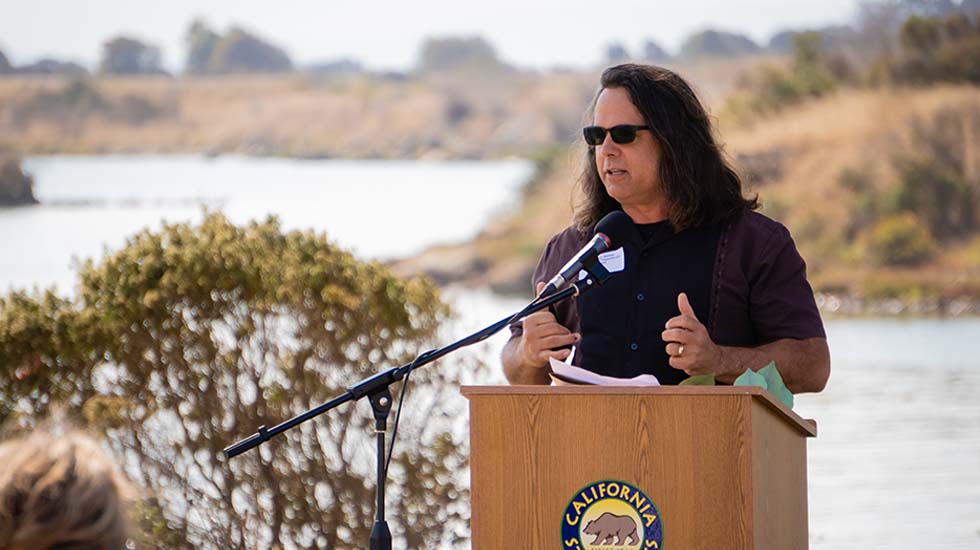 The completion of Phase 2A of the Yosemite Slough Wetlands Restoration Project is truly something to celebrate. Want to get involved at this special urban park? Join an upcoming volunteer workday or follow us at calparks on Instagram and Twitter and California State Parks Foundation on Facebook to receive updates on Candlestick Point State Recreation Area.