California’s 280 state parks have so much to offer, and today we’re shining a spotlight on Watts Towers of Simon Rodia State Historic Park. 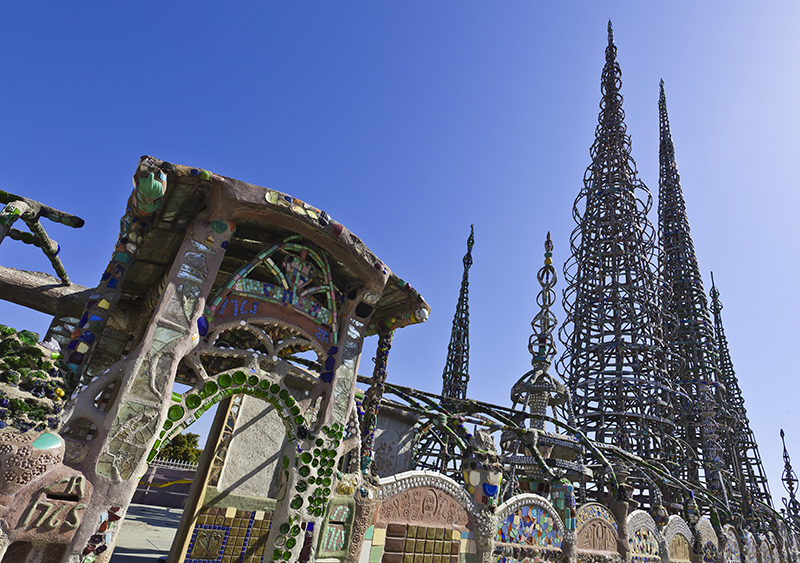 Tucked away in the Los Angeles neighborhood of Watts sits an otherworldly 90-foot tall structure that looks like something out of a 1950s science fiction movie. Now known as the Watts Towers of Simon Rodia, the state park has become an icon of the region and a symbol of the resilience of the community.

Sabato “Simon” Rodia was born in Italy in 1879 and immigrated to Pennsylvania at the age of 15. He eventually ended up in Oakland, California in 1902 with his wife. After 7 years and 3 children, the couple separated and Rodia moved to Southern California in 1909 where he worked odd jobs until 1921, when Rodia purchased a plot of land in Watts and began his now-renowned art project Nuestro Pueblo.

For 33 years Rodia used scraps of sheet metal, rebar, glass shards, and other scrap materials to create his towers. Much of the material was brought to him by neighborhood children. Throughout the construction of Nuestro Pueblo, Rodia dealt with legal challenges, discrimination, vandalism, and a myriad of other hurdles. However, his persistence allowed him to finish the towers and the community embraced the public art project as a piece of Watts history.

For those 33 years, Watts residents watched Rodia build his towers despite challenges, and many of them became his friend. Rodia eventually retired in 1955 and moved back to Northern California, deeding the property to a neighbor. He never returned. When the towers were slated for demolition in 1959, the community fought back and successfully conducted a stress test, proving to the city that the towers were structurally sound. 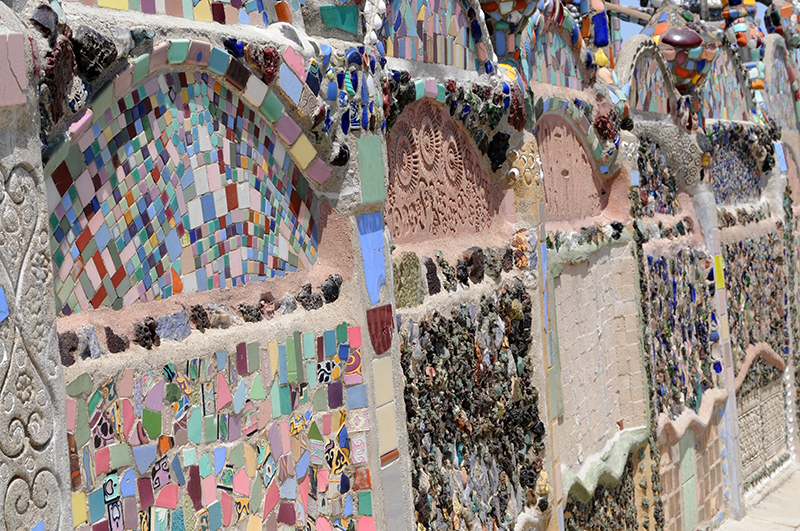 What you can do at the park today

The towers now stand with an adjacent arts complex as Watts Towers of Simon Rodia State Historic Park, protected in perpetuity for the Watts community and the wider state of California. Sabato “Simon” Rodia was an artist, immigrant, American, and a friend, and his Nuestro Pueblo continues to endure as a gift for future generations. When asked why he decided to build the towers, Rodia famously said “I wanted to do something big, and I did.” 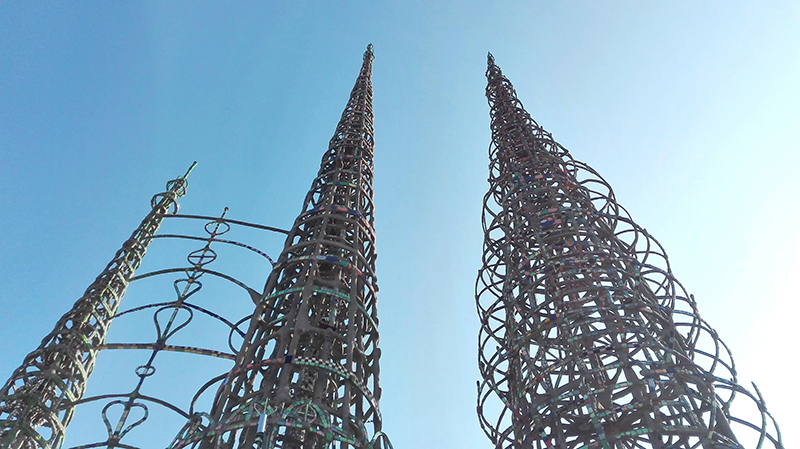 Celebrating the Health and Wellness Benefits of Parks
See More