Experience the paranormal side of California state parks

California’s land has an incredibly rich cultural and natural history. This Halloween, we have compiled the most bone chilling and unexplained close encounters taken place at California state parks. From the long history of the land to mysterious modern phenomenon, you just may experience the supernatural on your next park visit.

This town in the gold hills north of Mono Lake, which once had a population of nearly 10,000 people, is now a genuine California gold-mining ghost town. Inexplicable reports – such as smells of food cooking wafting from the Mendocino house, giggles in the cemetery from a girl accidentally killed by a mining axe, and a woman peering from a window of the Dechambeau house – are a common occurrence here. The spirits that call Bodie State Historic Park home are very protective of their property. Stealing anything from Bodie will bring a curse of misfortune upon the burglar, so you should probably keep your hands to yourself.

Sitting 361 feet above the surf, the Point Sur Light Station is considered one of the most haunted lighthouses in the country. It was even featured on an episode of Travel Channel’s Ghost Adventures! This turn of the century light station serves as a beacon for ships navigating some of the most treacherous waters of the California coast. More than a dozen shipwrecks have taken place near this remote lighthouse and it is also the section of coast where the USS Macon airship crashed in 1935. Because of this, the spirits of those who perished still haunt the station and its surrounding buildings. Most specifically, an apparition of a tall man in blue 19th century-style clothing has been spotted around the tower.

But the unfortunate souls of shipwrecks and accidents are not the only ghosts who frequent this beautiful light station. The families of past lighthouse keepers are often heard around the property. Docents often hear the voice of Catherine Ingersoll, a Danish immigrant who was married to a lighthouse keeper, and Ruth whose ghost often closes doors in the kitchen. 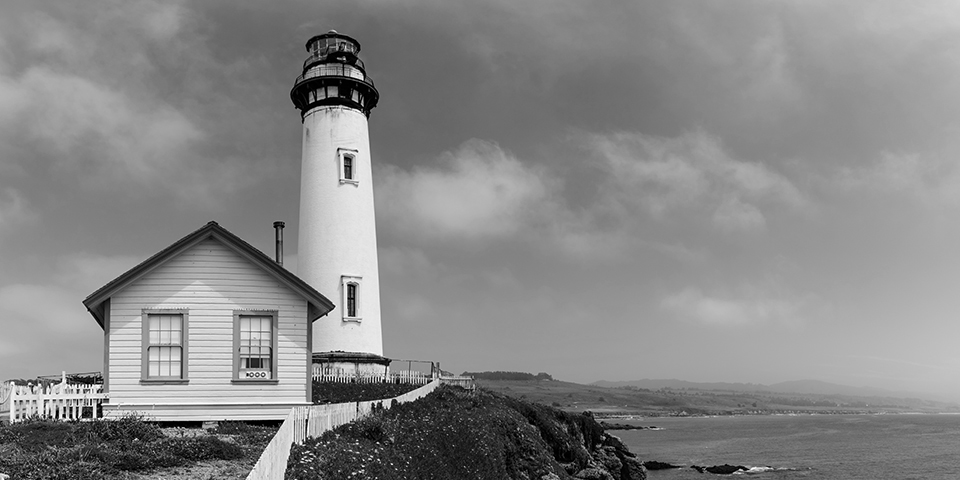 Tours have recently resumed on Saturday, October 10th, 2020. Access to Point Sur is by tour only. More information on tours, tour schedules, and accessibility accommodation is available at http://www.pointsur.org/ or by calling 831-625-4419. Schedule one now and see if you can experience paranormal activity at this captivating light house.

Covering more than 600,000 acres, Anza-Borrego Desert State Park encompasses some of the most diverse desert landscape in the world. This park offers a rich history with Native American hunting and gathering in the area as long as 5,000 years ago, and in more recent times explorers on the Southern Immigrant Trail and the Butterfield Stage. In 1850, it is said a young girl from the east arrived on the Vallecito Stage Station on the way to Sacramento to meet her fiancé. Sick from questionable water and the hardships of travel, she died shortly after arriving in a dark back bedroom inside the station.

Upon her death, her baggage was searched and a brand-new white dress, decorated with lace and sewn with a fine seam, was found and assumed to have been her wedding dress. The Vallecito station workers dressed her in this and buried her in the Campo Santo, a few hundred feet east of the station. They thought they had put her to rest, but on moonlight nights, she has been seen, down through the years, walking restlessly about the station. She harms no one, but her presence is disturbing even to the most skeptical.

Located on the north coast just south of Eureka, Humboldt Redwoods State Park is home to some of the largest remaining old-growth redwoods in the world. Breathtaking redwoods are not the only things that call this enchanting park home. Extremely rare albino redwood trees, often called “Ghost Trees”, can be found throughout the park. The albino coloring is caused by a parasitic growth, making the tree unable to photosynthesize its own nutrients. Scientists don’t really understand why albino redwoods exist. Some believe they may help the host tree process toxins or heavy metals.

If “Ghost Trees” are not enough for you, you might be lucky enough to have an encounter with an elusive Bigfoot creature while visiting the Humboldt Area. Since 1958, Bigfoot has been spotted in and around the park. Campers have reported hearing these creatures as recently as 2017. Although some believe the sounds to be a barred owl, you can’t be sure until you listen for yourself.

Finally, the spirits of the Sinkyone people are said to haunt this forest. It is said their spirits remain to protect the sacred trees. Campers have actually seen full-body aspirations standing in the dark forest staring back at them before disappearing into the mist of the forest.