Anyone who has been to Big Basin Redwoods State Park early enough to watch the sunrise on a clear morning, is welcomed by stunning columns of sunlight streaming through the giant old growth redwoods as you enter the historic park complex. Some volunteers would call these, “The fingers of God” while first-time visitors would exit their cars gazing straight up and talk in hush tone — for it has the feeling of entering a cathedral, temple, or mosque. 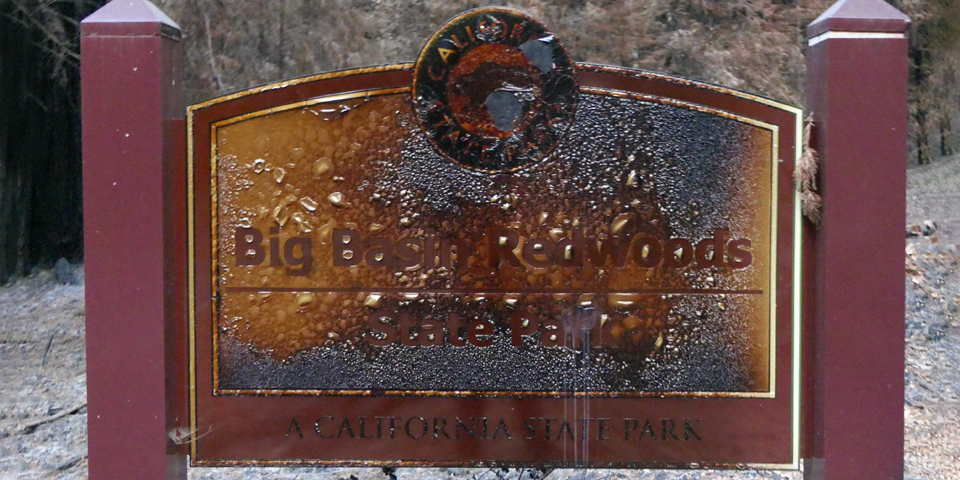 On the morning of October 6, 2020, I had the opportunity to return to Big Basin Redwoods State Park for the first time since the CZU Lightening Complex wildfires had swept through the basin. As we drove in, ash, fallen trees, and smoldering embers enveloped us while heavy smoke filled the still morning air. And though prepared, upon entering the Historic District the sight of the loss of every building and the campfire center was devastating. Thankfully, so many trees were still standing, yet most were burned to the top. And, the familiar columns of morning sunlight felt unsettling as it reflected off the scorched canopy and grey air.

I had come to accompany my wife, California State Parks Interpreter Julie Sidel, who was on assignment to film her colleague, Facilities and Maintenance Supervisor Juan Villarino. Like so many State Park employees, Juan lost his home within the park to the fire. Rather than talk about his loss, Juan extoled the heroism of his fellow workers and the community in the face of this disaster. Halfway through the video you can hear one of the giant trees falling. Believe me, the ground was shaking. Without missing a beat, Juan pauses for the moment and then turned his thoughts to the potential and opportunity as we work to rebuild Big Basin Redwoods State Park. 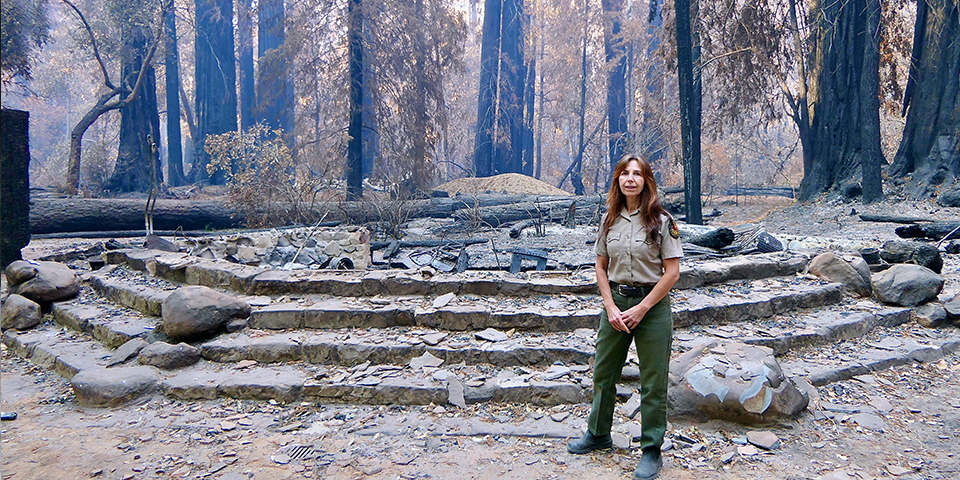 As I made my way around the park center, there were different clusters of employees taking stock of the area and assessing needs. Julie and I took time at the campfire center, where for seven years she led programs and campfires. Then on to the remains of the Old Lodge, where we caught up to Big Basin Redwoods State Park Supervising Ranger Scott Sipes, who, as a high school student in 1998, was a fledgling docent for Julie at the park. He went on to hold almost every position there before working up to overseeing the park.

Watching and listening to Juan, Julie, and Scott with this backdrop of loss gave me such a deep appreciation for the state parks staff, volunteers, and partners throughout our system of 280 California state parks. In these raw moments, they only deepen their resolve to this mission of stewards and protectors of these amazing places on all our behalf. 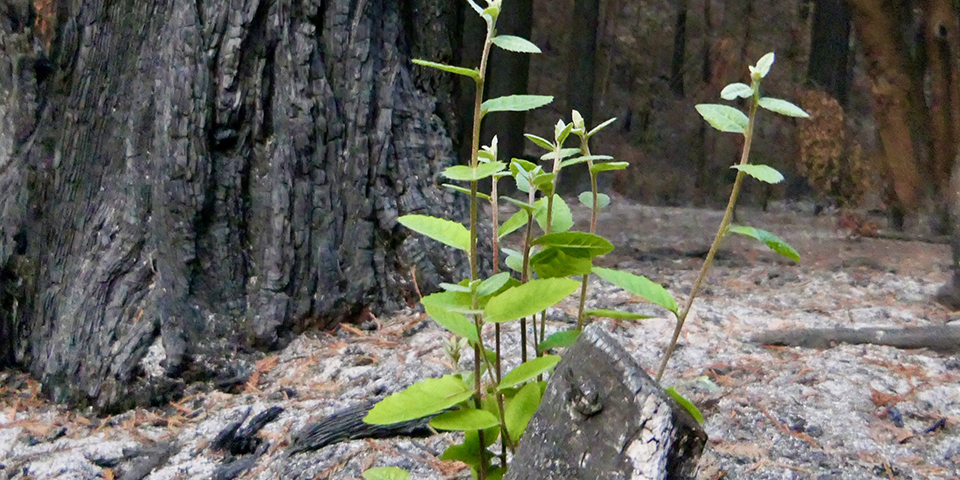 Once I let all the feelings settle in me, and I had surveyed the many places that were so familiar, my attention began to steer to all the new growth that was at the base of every redwood tree. It was a reminder that these trees will endure. In reflecting on my time there, it is not the morning light through the trees that takes hold of my memory, but the brilliant green shoots of life giving me hope for the future.